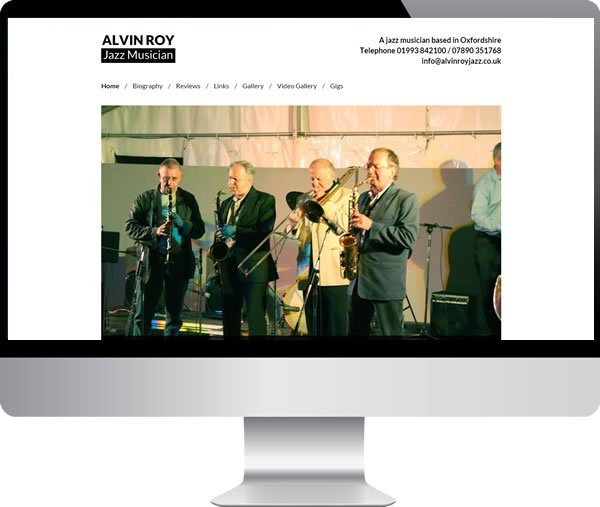 Alvin first hit the big time with his top 20 hit ‘True Blue’ back in the 1960’s, since then Alvin has gone from strength to strength and now more mature is available for hire for most private type functions.

Alvin already had a website but due to a number of factors wanted a change in his online direction, almost wanting something which felt Jazz and appropriate.

In addition, Alvin wanted something he could maintain himself without a lot of fuss and bother.

The original site lacked punch and personality, it did not perform well and suffered a number of technical issues which affected the cost of maintenance.

In addition, the site had been compromised a number of times and Alvin required something more robust without breaking the bank.

With its strong custom theme creation abilities and constantly updated security, WordPress was a natural choice.

Along with a custom theme, we developed a new logo for Alvin which fitted much more in with his image.

We also created a theme with strong built-in SEO which would help Alvin get the most from Google.

The combination of strong clean visuals optimised content, graceful slideshows and galleries have left Alvin with a website he can be proud of.

With an easy interface which allows Alvin to update and add new content, Alvin has commented many times how much simpler life is now, which give him more time to concentrate on his music.